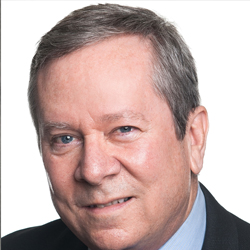 Gary has over 30 years’ experience in the convention industry. In 2004 he founded GainingEdge, a global consulting company that offers advisory services in relation to destinations, convention bureaus and convention and exhibition centres. It also provides convention and incentive sales representation services in all of the world’s key markets. The company’s services are end-to-end, with specialist expertise and global networks that cover both the supply and demand sides of the market. GainingEdge also manages the BestCities Global Alliance which is comprised of 12 of the world’s leading destinations. Gary has consulted at the local and national level on over 100 projects in all parts of the world.

Gary was one of the lead consultants on Destination Next, a global study for Destinations International (DI) which defined the future of destination marketing. He is a former Chairman of the Board of DI and was one of the first six inductees into the inaugural Dl Hall of Fame in 2014. He also received the Asia Pacific IMEX Academy Award in 2007.