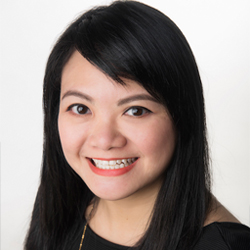 Karen is the Group Editor of TTG Asia Media’s TTG Travel Trade Publishing business unit, a position that sees her leading a team of almost 20 editors, reporters and correspondents across Asia-Pacific and upholding the editorial quality of the team.

She personally manages the editorial direction of TTGmice and TTGassociations as well as TTG Show Daily and regular special editions such as the Asian Tourism Expert Guide. Under her charge, TTGmice features won PATA Gold Awards’ Travel Journalism – Business Article in 2011, 2013, 2014 and 2018. These accolades join TTGmice’s very first PATA Gold Awards’ win in 2009.

In January 2015, Karen launched TTGassociations, a magazine that is built for trade associations and advocates the importance of holding meetings and events. TTGassociations is published every quarter.

In 2017, she created the Special Projects division, which supports industry stakeholders in their marketing content creation. The division has since evolved to produce a wider range of content across print, online, video and face-to-face platforms. It now bears the name, TTG Content Lab. She produced the company’s first Asian MICE Cruise Conference in Bangkok, in 2018, and went on to produce the second edition in 2019.