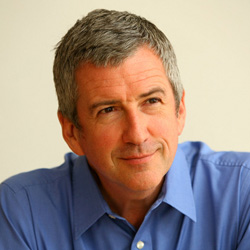 Robin Sieger is from Scotland who now divides his time between between Europe and America. He is a leading success strategist and developed a reputation within media and circles as a peak performance ‘guru’.  He has a world-class reputation as a conference speaker who passionately delivers high impact presentations that are informative, inspiring and entertaining. Robin’s humour and ability to connect emotionally with audiences has seen him become the first choice speaker at major conferences for some of the world’s most successful companies, including Microsoft, IBM, Coca Cola, Nokia, GM and HSBC.

Robin is the author of seven books including the international bestseller Natural Born Winners (Random House), sold in over 80 countries, in 18 languages, and also turned into a No 1 rated television series.Robin give public and corporate presentations, on the psychology of success and peak performance in business, from shop floor to board level. He also coaches board level executives and professional golfers in the UK and USA. From 6 to 6000 his emphasis is on emotionally engaging the audience with ‘real world’ information they can action.

Robin studied Human Biology at university then went on to have a successful career as a stand up comedian and a comedy writer for television. At 29 Robin was diagnosed with cancer, He also holds the world record for the coldest round of golf ever played, 18 holes at -26°C, at North Star GC, Fairbanks Alaska, Dec 22nd 2001. He has made over 150 skydives having taken it up aged 49. He is never happier than when sharing laughter and creating moments.