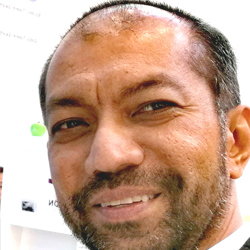 Noor has been the ICCA Regional Director for Asia Pacific since 2009.

Under his leadership, he has strengthened ICCA’s footprint as one of the most successful international association within the region. He has played an important role in making ICCA Asia Pacific to the largest Chapter, with more than 270-member organisations spanning across 100 cities. It is also notable that he has expanded the Kuala Lumpur-based research team to a Global Research Centre status which allows for more comprehensive research projects to be achieved.

He is the face of ICCA in Asia-Pacific and has spoken in numerous events. In addition, he leads faculty in educational seminars and training workshops. He is one of the Founding Advisory Board & Ambassador for the ASAE’s initiative in Asia Pacific. With his immense works in China, he has been inducted to the China Meetings Industry Convention Hall of Fame in 2018. He has also been recognised by the China Council for the Promotion of International Trade (CCPIT) as one of the key thought leaders for the China’s convention industry.

Despite all these achievements, he preserves his humble aim to help the region grow and expand ICCA’s advocacy to the community.